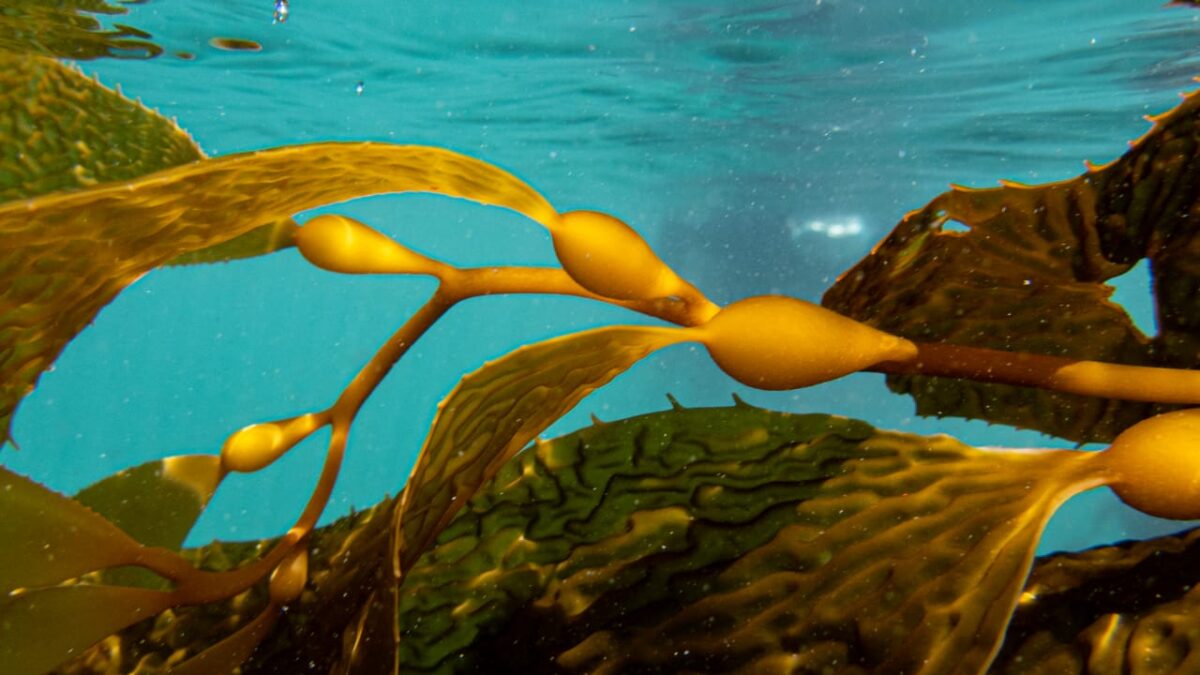 The investment supports a pioneering nature-based solution for sequestering carbon and increasing biodiversity, while supporting job creation and sustainable economic development in Namibia

De Beers Group today announced it is investing US$2 million in Kelp Blue, an innovative start-up focused on growing and managing large-scale giant kelp forests, initially off the Namibian coast. These underwater forests have the potential to safely and permanently lock away vast amounts of CO2 in the ocean. Research has shown that kelp forests have carbon sequestration properties exceeding those of terrestrial forests and that they help sustain healthy marine ecosystems, providing food and shelter for countless species.

In 2021, Kelp Blue was awarded a licence to cultivate Giant Kelp off the coast of Namibia and is now in the pilot phase. The business will contribute infrastructure development in and around the town of Lüderitz, benefitting the local community by creating employment and upskilling opportunities in kelp cultivation and processing. During the pilot phase, the business will generate a range of direct and indirect jobs in biotechnology, engineering, processing, support services and logistics in Namibia.

The initiative will also support De Beers in its goal of being carbon neutral across its operations by 2030. While De Beers Group’s primary focus in achieving this goal will be on increasing efficiency and replacing fossil fuel and fossil-based energy from its operations with renewable alternatives, carbon credits resulting from the investment in Kelp Blue will support the company in removing any remaining emissions, alongside other nature-based initiatives.

Neil Ventura, Executive Vice-President, Strategy and Innovation at De Beers Group, said: “We are committed to being carbon neutral across our operations by 2030, and to achieve this ambitious target we will need to recover a share of our emissions after we have removed and replaced the majority of the fossil fuel energy in our business. Instead of simply purchasing carbon credits on the market, we are looking to identify potential long-term, sustainable and innovative nature-based solutions for this – particularly those that can deliver additional carbon capture benefit beyond our own business. While there is still work to be done to understand more about the scale of opportunity, Kelp Blue is an innovative start-up with significant potential, and we are proud to invest in its future.

“Alongside protecting the natural world, another priority of our Building Forever sustainability framework is to partner with communities in our host countries on sustainable development opportunities. The potential benefits in Lüderitz and elsewhere in Namibia – in terms of employment and supporting ‘green’ solutions to wider challenges – highlight just how well Kelp Blue’s objectives align with our own sustainability approach.”

Daniel Hooft, Founder and CEO of Kelp Blue said: “We are very pleased to have De Beers alongside us, thinking about the future, today. De Beers has communicated its commitment to protecting the natural world through its 2030 Building Forever sustainability goals, with its focus on carbon neutrality, minimising its water footprint and delivering a net positive impact on biodiversity. These are one hundred per cent aligned to Kelp Blue’s core passion and purpose. De Beers’ early investment in our offshore pilot – a world first in terms of scale and ambition – specifically helps us accelerate the quantification and verification of the carbon sequestration pathways, which is essential for the whole seaweed industry in terms of scientifically establishing the potential of this novel nature-based solution.”