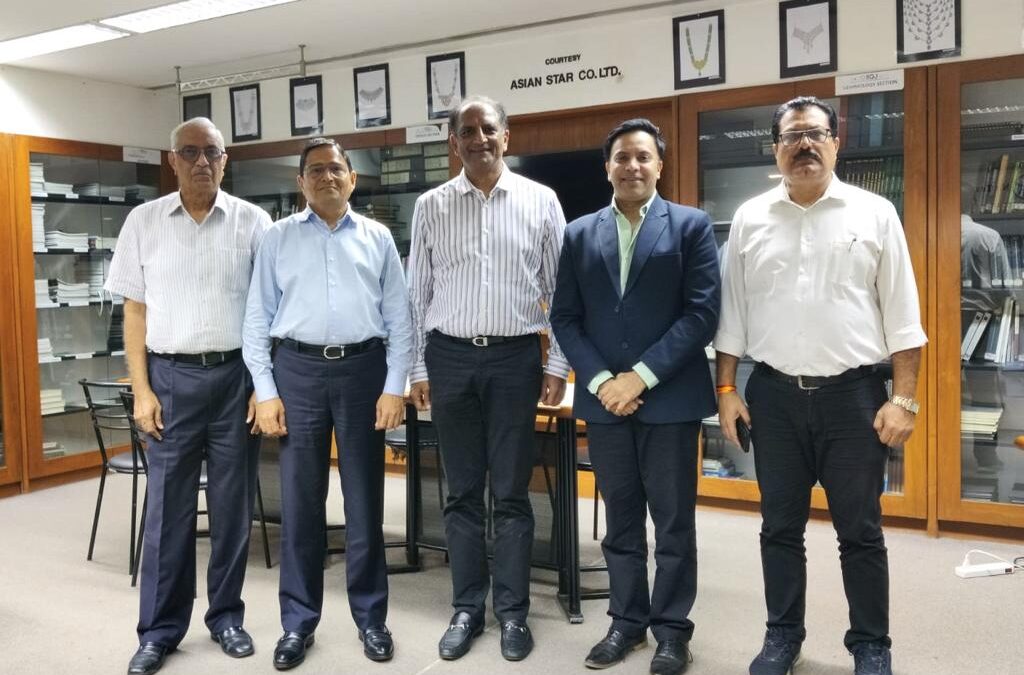 Mr. Vasant Mehta, former Chairman of Gem & Jewellery Export Promotion Council and founder Director and former Chairman of Indian Institute of Gems & Jewellery, Mumbai is elected as Chairman of the Board of IIGJ Mumbai. He has taken charge from Mr. Kirit Bhansali, who served as Chairman from 2016 to 2022. The ceremony at IIGJ, was attended by Mr. Vipul Shah and Mr. Kirit Bhansali to formally welcome the new chairman of IGJ Mumbai. Mr. Mehta addressed IIGJ Mumbai staff, praising the leadership provided by Mr. Bhansali during his tenure and GJEPC’s role in the growth of IIGJ, said “I am happy for the opportunity to serve IIGJ as Chairman of the Board once again. IIGJ has come a long way since it began in 2006 and it will be my continuous endeavour to take the Institute to new heights for it to become a benchmark in gem & jewellery education.” Mr. Mehta is passionate about gem & jewellery education and creating trained professionals for the fast-growing industry, which was GJEPC’s main objective behind creating IIGJ.

Mr. Mehta served as GJEPC Chairman from 2008-10, and has brought about immense transformation in the Indian diamond manufacturing industry as a global jewellery manufacturing hub, with a focus on quality and design oriented jewellery. He has also served as Chairman of IIGJ Mumbai (2009 to 2016), Director of the National Skill Development Corporation (NSDC), and Vice President of International Diamond Manufacturers Association (IDMA). He works untiringly to safeguard the interests of diamond manufacturers and spread the message of best practices in the trade.

Mr. Mehta is a second-generation diamantaire, and founder-senior partner of M/s. V. Rameshchandra & Co. He has been serving his family business for over 50 years.

The GJEPC Chairman Mr. Vipul Shah while addressing the attendees assured of his complete support to Mr. Mehta and IIGJ in their continuous efforts to achieve the set vision of the institute.