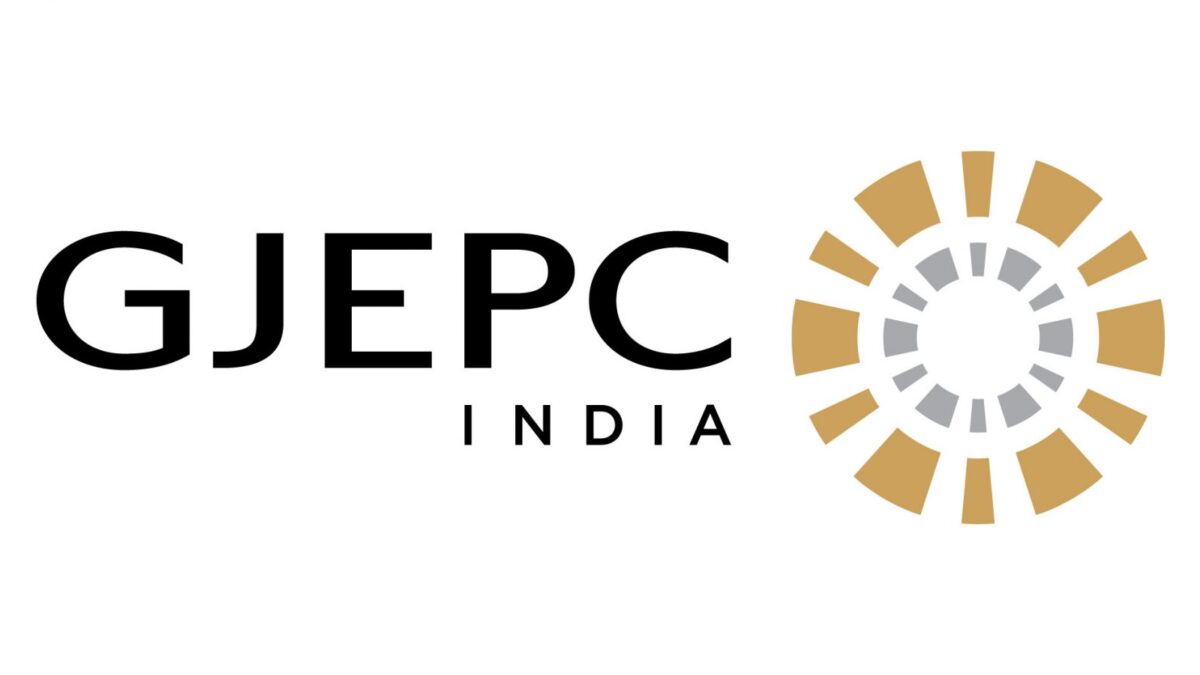 GJEPC proposes a series of measures as part of G & J Package for the upcoming Union Budget for the fiscal year 2022-23.

The recommendations entail proposals to boost each Product  vertical of the sector.

Reduction on cut and polished diamonds to 2.5%, sale of rough diamonds in SNZ in Mumbai; Reduction in import duty of gold and other precious metals to 4%; Roll out of Tax Refund to Tourist (TRT) Scheme in India for Tourists; Introduction of Job Work Model in Diamonds, Precious and Semi-Precious Stones, etc.

The Gem and Jewellery Export Promotion Council (GJEPC), the apex body for the promotion of gems and jewellery exports has proposed a series of measures under the Gems & Jewellery Package as part of recommendations for the upcoming Union Budget for the fiscal year 2022-23. Some of the major aspects of budget representation are duty cuts primarily for gold, cut and polished diamonds, precious and semi-precious gemstones, etc.

Commenting on the recommendations for the Union Budget for the fiscal FY 2022-23, Colin Shah, Chairman, Gem and Jewellery Export Promotion Council (GJEPC), said, “India is the 5th largest exporter of gems and jewellery, contributing 5.8% of the global gems and jewellery exports demand of US$629.06 billion. World over, India is emerging as a potential global leader in jewellery exports due to the sheer talent pool and expertise the country has developed over decades of hard work.  Post pandemic, in the 75th year of India’s independence, the Amrut Mahotsav,   it’s a new beginning for the  industry and we will achieve the target of USD 41 billion as set for this sector by hon’ble Prime Minister as part of overall target of merchandise exports of USD 400 billion. We now target to achieve USD 100 billion exports when India will observe the centenary of its independence. To kickstart the same we appeal to Govt. to announce a special package for gem & jewellery sector in the forthcoming Union budget. Such favourable export and domestic policies would help elevatethe gems and jewellery exports sector and lay a foundation for the quantum growth. The only way to further scale up this sector is through policy reforms which will make us more competitive in the global market.”

“GJEPC’s pre-budget recommendations is a package which entails proposals to boost every vertical of the sector. We have requested the Govt. to reduce import duty on cut & polished diamonds from 7.5% to 2.5%; permit sale of rough diamonds in Special Notified Zone in Mumbai; allow exporters to import 10% of the total CPD’s exported at nil duty. This will not only help the Indian diamond industry to remain as the largest diamond producer of diamonds in the world but would also help us to become the largest diamond trading hub.

“Similarly, the reduction in import duty of on precious metals Gold/Silver/Platinum from 7.5% to 4% is a step towards making India the number one exporter of jewellery in the world.”, Chairman Colin Shah added.

The Budget Package for Gem & Jewellery Sector for the Union Budget for the fiscal year 2022-23 as proposed by GJEPC include the following: Amendment in taxation provisions to allow the sale of rough diamonds in Special Notified Zone in Mumbai

If sales are permitted at least 20% of the rough diamond trading will be shifted to SNZ and the Indian Government will be able to collect an additional tax of USD 3.48 million (equivalent to Rs. 23.20 Crores).

Currently only viewing of rough diamonds is permitted in SNZ and no sale is allowed. Till date, 11 million carats of rough approximately valued at USD 1.97 billion have been sent to Mumbai SNZ on a consignment/viewing basis and after bidding/tender, diamonds are shipped back to destinations like Antwerp, Dubai to be invoiced to the winner of the bids.

Carat Tax has been made applicable from the fiscal year 2016 (the tax year 2017). The regime is compulsory for diamond-trading companies that are registered in Belgium, but its scope is restricted to the turnover generated by the genuine diamond trade. Turnover generated by other activities, such as services provided, are taxed separately as they are not in the scope of the Carat Tax.

EL, being a levy on the foreign entity, global miners are amending contract terms

The sunset clause will not impact indirect taxes and the units can continue to avail benefits such as exemptions on GST and SEIS incentives as long as they are operational.

The SEZ units after the end of the sunset clause would lose their competitiveness in the international market especially with China which is India’s close competitor in the exports of gems and jewellery commodities.

One of the major reasons for the export income generated by the Indian SEZs is the tax holiday given to all such units. The withdrawal of the sunset clause would also limit all expansion plans of the SEZ units and hamper the scalability of these units to set up new units in SEZs.

The extension of the sunset clause for SEZ units will aid the SEZ units in generating more exports and help in the utilization of existing assets of SEZ units leading to the revitalization of SEZ projects.

Reduction in import duty on Cut and Polished Diamonds from7.5% to 2.5%

The import duty of cut and polished diamonds increased from earlier 2.5% to 7.5%, which has increased the cost of business for the sector and is adversely impacting exports and trade. India, a global leader in Diamond Processing, is not just a Hub for processing roughs, but also caters to varied forms of re processing of diamonds and diamond jewellery.

Reduction of import duty on cut and polished precious and semi-precious gemstones from 7.5% to 2.5%

Reduction in duty will help in retaining the 2 lac workforce employed in the Coloured Gemstones and its jewellery industry prior to COVID Pandemic.

To create new employment for 30,000 workforce in the Jewellery manufacturing sector within a period of two years.

Combined Exports of both Coloured Gemstones and its Jewellery is estimated to increase by US$ 200 million with in a period of two years.

Removal of Basic Customs Duty of 0.50% on rough color gemstones

Due to the levy of BCD @ 0.5%, there is a delay in the clearance of import shipments of rough gemstones.

Reduction in import duty on Precious metals Gold/Silver/Platinum from 7.5% to 4%

Gold: Duty blockage of around Rs. 500 crores; Rs. 5600 crores worth of gold bars are imported for export purpose in 9 months from February 2021 to October 2021, if imported at @4% duty rate in that case working capital amounting to Rs. 225 crores would be blocked instead of Rs.500 crores.

Silver: Duty blockage of around Rs. 3 crores, Rs. 40 crores worth of silver bar are imported for export purpose in 9 months from February 2021 to October 2021, if imported at @4% duty rate in that case working capital amounting to Rs. 1.6 crores would be blocked instead of Rs.3 crore

Platinum: Duty blockage of around Rs. 50 crores; Rs. 461 crores worth of platinum bar are imported for export purpose in 9 months from February 2021 to October 2021, if imported at @4% duty rate in that case working capital amounting to Rs. 18 crores would be blocked instead of Rs. 50 crores.

Roll out of Tax Refund to Tourist (TRT) Scheme in India for Tourist leaving India with the Jewellery purchased while on a visit.

For increasing foreign tourists flow in India to create a livelihood for a large population and this is why section 15 of IGST Act 2017 has provided for refund of IGST to an international tourist leaving India on the goods purchased in India and being taken outside India.

Gems &Jewellery is one of the major products being purchased by foreign tourists while visiting India. However, the fact remains that only refunding GST for which Section 15 of IGST Act 2017 has provisions. This alone would not help the Gems & Jewellery industry as there is a huge component of Customs Duty on Precious metal i.e. 7.5% on Gold and Silver. Hence, while refunding GST the incidence of Customs duty incurred on the precious metal used in the manufacturing of Jewellery must be refunded back to the foreign tourist.

It is understood that the industry players in the competing jurisdiction are able to operate under a model wherein diamonds, precious and semi-precious stones can be sent to the job worker free of cost by the Foreign Principal for the sole purposes of processing activities and re-export thereafter. However, there is no such enabling policy in India for such a job work model.

Price volatility – not applicable as goods would be bought free of cost for processing.

Foreign currency exchange fluctuation risks – risk if any are restricted only to job work charges.

Idle capacity – will be deploying unutilized facilities and employment generation.

Request to issue necessary clarification that sawn diamonds can be imported under KPCS like rough diamond at 0% duty.

GJEPC’s IIJS Signature 2023 will give Indian jewellers a good opportunity to showcase their versatile collections to international buyers: Smt. Anupriya Patel, Hon’ble Minister of State for Commerce and Industry