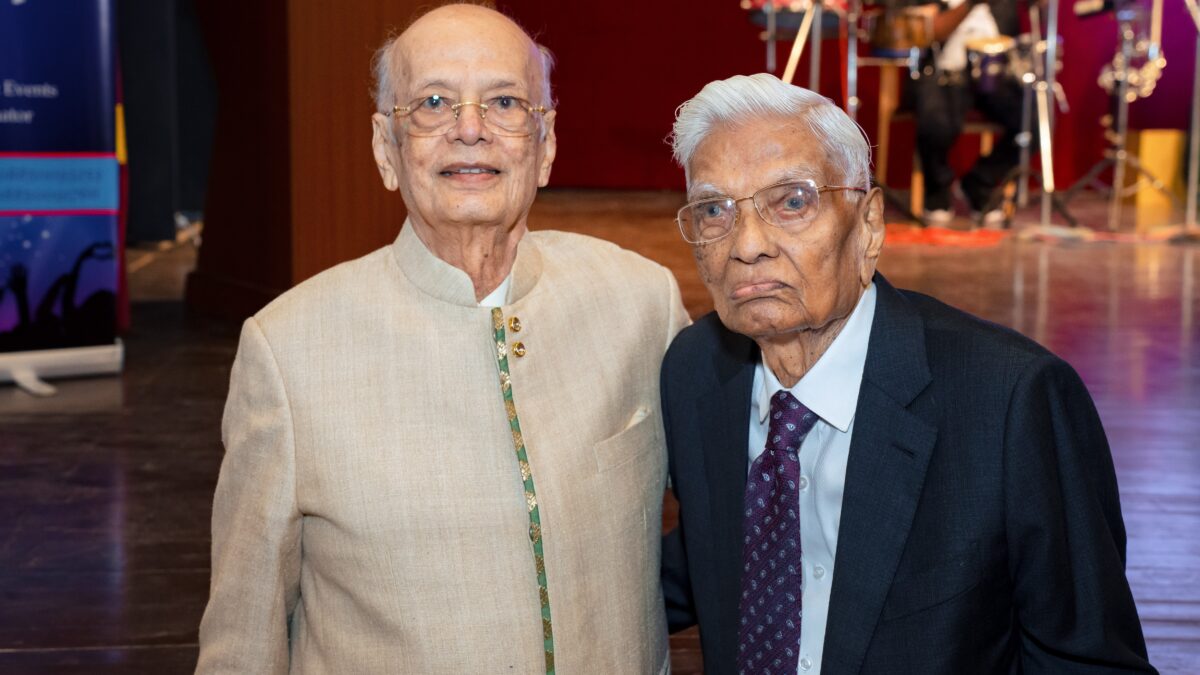 Kirtilalbhai K. Doshi and Arvindbhai C. Parikh a well-known diamantaires were honoured and felicitated by Bharat Diamond Bourse (BDB) and Diamond Exporters Association Limited (DEAL) for their contributions to the gem and jewellery industry at a special function organized at the Y.B. Chavan Auditorium in Mumbai on April 22, 2022.

Kirtibhai, now in his centenary year, is a senior member of both organisations, while nonagenarian Arvindbhai is a founder member of BDB and DEAL, and also President of the latter body.

Kirtibhai & Arvindbhai were presented with a shawl and a memento each by Colin Shah, Chairman GJEPC and Anoop Mehta, President BDB.

Kirtibhai, who joined his family’s gem business soon after graduation when just 20 years old, and one of the first to start a business of importing rough diamonds and exporting the polished goods. Besides developing his own business, he also played a crucial role in the establishment of a number of key trade organisations and in shaping policy frameworks that would help the industry to flourish.

Arvindbhai, who was born in Rangoon in 1931, joined the diamond trade in 1948, and after an initial period where he was associated with Mohanlal Raichand & Sons, set up his own business in 1951 and his own company in 1964. He was a Working Committee member of GJEPC for 22 years, with 6 years as Vice Chairman and participated in a number of important overseas delegations during that period. Arvindbhai was also a founder member of DEAL and its President for the last 30 years, and also played a role in helping develop policies that were beneficial to the growth of the trade. He has been a Trustee of GII for the past 19 years.

Colin Shah and Anoop Mehta said in his speech the sentiments of the trade and expressing gratitude for the contributions that Kirtibhai and Arvindbhai had made to the development of the Diamond industry.

Many senior members of the trade also spoke in glowing terms about the role and contributions of the two veterans included, Kaushikbhai M Mehta, former Chairman GJEPC and Anup Zaveri, Board member of DEAL and BDB.

Members of the two families also addressed the audience, including Vishal Doshi, grandson of Kirtibhai, Suresh Mehta, a close relative of Arvindbhai and Vatshal Parikh grandson of Arvindbhai.

Function which was attended by close associates, family members and many senior representatives of the trade, also included an orchestra programme and concluded with dinner.

India-Morocco Look to Strengthen Ties In The G&J Sector